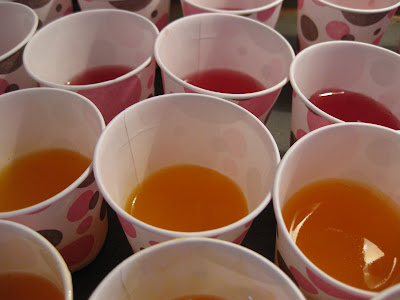 a couple of weeks ago millennium had a southern comfort (cuisine...not the gross alcohol) theme dinner. all of the food was amazing. but the highlight? i had my very first jello shot...followed by my second jello shot. i've been vegetarian since long before i was drinking so jello shots were something i always missed out on. i never really minded but then i had one. so much fun! kris and i had vegan jello shots on the brain and wanted to make our own. a sloshball game in golden gate park provided the perfect opportunity.

we had every intention of buying agar agar and going at it from scratch. but while i was looking for agar agar at the store i happened upon boxes of vegan jello mix (i didn't even know it existed!) so i took the easy way out. thus, rather than a recipe, i give you a product review of natural desserts vegan jello. in alcoholic shot form. and ok, i'll give you our "recipe" too. 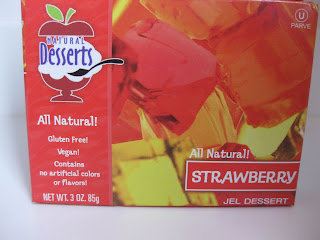 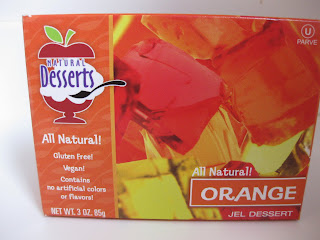 bring 8 ounces of water to a boil. stir in jello mix until it dissolves. remove from heat and stir in cold water and vodka. pour into dixie cups. refrigerate until set (about 30 minutes at most). by the time we poured the last cup the mixture had already begun to gel.

if you're looking for a simple jello replacement this is your stuff. i think it was even a little firmer than normal jello. it also set super fast so it doesn't require too much planning ahead. what else is there to say? these were a hit, people didn't even realize they were vegan. vegan jello shots may be my new cocktail of choice!

i bought these at a store in the ferry building here in san francisco but i've seen them a couple of other places as well. not sure where you live but i think your local natural foods store will likely have vegan jello. and if they don't, tell 'em to get with it!

I live in SoCal, but I love SF! :) I actually found it at Whole Foods!