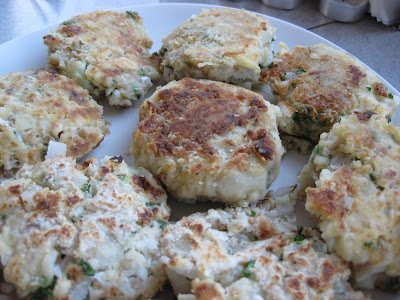 kris's mom and brother visited us last weekend and, as usual when we have guests, it was a delicious few days. we took them to firefly where one of the highlights was a cauliflower appetizer that i ordered. it was browned and involved fennel and orange zest and almonds. when it came time to plan a fun menu to cook on sunday we still had cauliflower on the brain. this recipe comes from olive trees and honey. these were tasty but the recipe doesn't give them a ton of flavor. i would definitely make them again but i think next time i will play around with different spices to give them a little more oomph. it's a great base recipe though cause you can really take it in any direction. the original called for eggs but i did away with those and added some tahini to hold it all together.

in a large pot of salted boiling water, cook the cauliflower, uncovered, until tender but not mushy, about 12 minutes. do not overcook. drain. finely chop or mash with a fork.

in a medium bowl combine the cauliflower, onion, parsley, salt and pepper. add the soymilk and tahini a little at a time and mix to combine (i used my hands to really get it mixed in, plus then you can kind of tell if you're going to need to add more). add bread crumbs gradually until the mixture is thick enough to mold.

shape the cauliflower into patties and dip into the soymilk mixture then dredge in the flour.

in a heavy skillet over medium heat, heat a thin layer of oil. in batches, add the patties and fry, turning, until golden brown (about 3 minutes per side). keep warm in a low oven while preparing the remainder. serve warm or reheat is a 250 oven for about 20 minutes.

we enjoyed these with some roasted fennel and leeks and the bbq black eyed pea collard rolls from veganomicon. 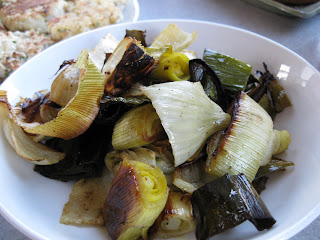 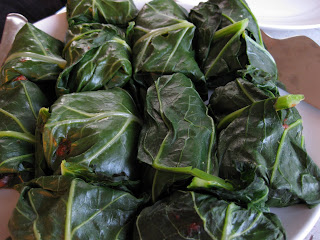 *we had some leftover vegan mayo that we made for something else. we used it as a thickener and to make the coating stick a little better, but you could certainly add another thickener of your choice (more tahini? cornstarch?).

Yum. I am going to make this.