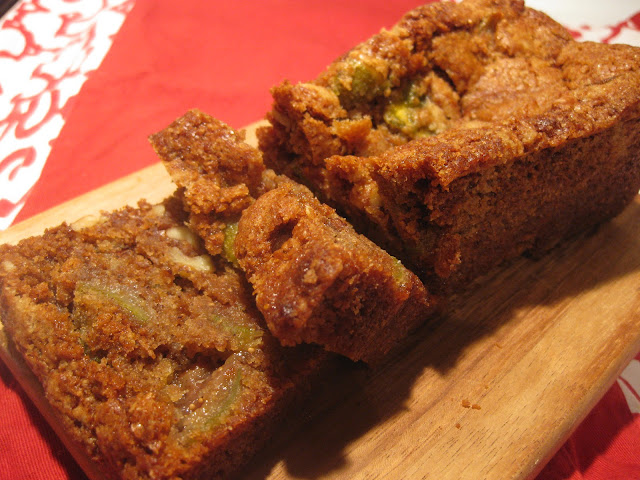 1. just because the blog is dead for six months doesn't mean it's dead for life.
2. let's keep in mind that not everything gets to be beautiful but that doesn't mean that such less than gorgeous creations are any less delicious.
3. since my last post blogspot changed their layout and picture posting dealy and i don't like it. can i not make the pictures whatever size i want anymore? only s,m,l,xl? hmph.

ok, so, fig walnut bread! we have a customer at work who so kindly brought us a big container of figs from her fig tree. we gobbled them up and they were delicious. then she came back a couple of days later and brought us TWO big containers of figs from her uncle's fig tree. we had a bit of a fig overload situation so i decided to bring some home and bake something. figs are one of those things where i feel like when it is not fig season i stumble upon a bunch of fig recipes that i want to make and then when the time comes and i stumble upon some figs the recipes are no where to be found. so this time with figs in hand i just did a quick search to see what i could find online and i decided on a fig walnut bread recipe. it was simple and i had all the ingredients so i was sold. some things that i liked about the recipe:

1. it uses olive oil. i realize that when a recipe calls for canola oil i could switch it out with olive whenever i feel like it but i never think to do that so i appreciate when a recipe tells me to do so. i think it adds a little something more in the flavor department and it's a little better in the nutrition department, even though the latter is probably not true.
2. the recipe called for sherry but i used brandy which made me happy cause we have a decanter of brandy and nobody here is drinking brandy. 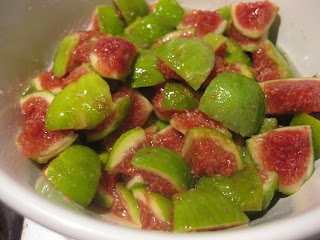 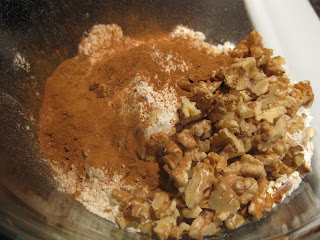 i love the way this bread turned out! the figs got all soft and gooey and were like squishy bites of fig newton innards. does that sound bad? i mean it in a most delicious way! i made three mini loafs and left some at home and brought some to work and it all got eaten up fastfastfast. i mentioned their ugliness up top and you probably noticed in the picture, i'm not sure who the culprit is but something caused my loaves to sink in the middle. then the first two didn't come out of their loaf pans intact so they had ugly tops and ugly bottoms. oh well. 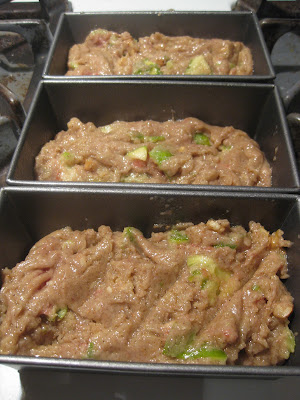 quick side note of self promotion before i go on with the recipe. what have i been doing with myself since i have been so busy neglecting the yumcoast? i started a little vegan baking business called morsels! i sell to a cute little tea shop in decatur called CozeeTeas, it's small scale but it's a lot of fun for me and everytime i go there and give her baked goods and she gives me money i'm kinda shocked and amazed. it's a good feeling. anyway, unfortunately this bread was too ugly to share with the public but i'm working on some figgy scones so hopefully they will make an appearance over there shortly. so! if anyone is in the area please stop by for some tea and treats.

alright, recipe time. i just tweaked it for vegan-ness and accidentally overlooked, but would have intentionally overlooked had i seen it in the first place, the part at the end that said "wrap tightly in plastic wrap and chill overnight or up to 4 days before serving." no need, that's just dumb.

preheat oven to 350 and grease a 9x5 loaf pan or a few small ones. place figs in a bowl and pour brandy over them and let macerate for about 15 minutes.

in a bowl, combine oil and sugar and whisk to combine. once the figs are done macerating add the liquid from that bowl to the oil/sugar mixture along with the cider vinegar and whisk until thick and smooth.

in a separate bowl combine flour, walnuts, baking soda, spices and salt. add to the oil/sugar bowl and stir until evenly mixed. fold in the figs. scrape batter into loaf pans and bake about 75 minutes for a large loaf, 50 minutes for small loaves. cook until the top is firm and a tester comes out clean. let cool in the pan for about 20 minutes before removing from pan. eat as soon as you'd like.