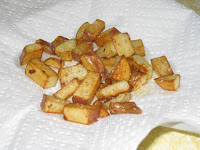 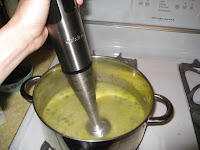 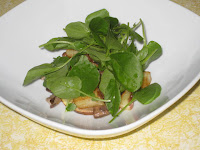 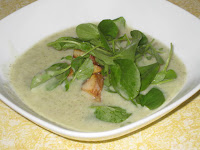 My brother recently had his wisdom teeth out, the day after his 33rd birthday . . . and for a week was unable to eat solid food. That's right, no chewing. So, being the ever-thoughtful sister, I made him some soup. And liked it so much that I made a second batch for myself. The garnish of mushrooms, potatoes and watercress is of my own invention, designed to make the soup a bit heartier (my brother received an extra pureed version. Remember the no chewing thing?) But really, it is lovely on it's own - deliciously creamy and filling!


In a soup pot, saute the onions, celery, and salt in the butter (or oil) for 5 minutes on medium-high heat. Add the potatoes, water and dill, cover, and bring to a boil. Reduce the heat, and simmer until the potatoes are soft, about 10 minutes.

In a blender (or using an immersion blender) puree the vegetable mixture with the milk (or cream). Gently reheat before serving.

* to serve, I made a mound of the mushrooms, potatoes, and watercress and ladled the soup around.

This sounds delicious. I am going to try it.