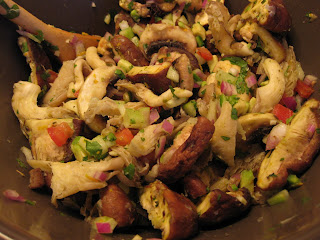 our dinner menu on friday could have been straight out of iron chef. and the secret ingredient was....mushrooms!!!

kris had the day off and picked out two deliciously mushroom-centric dishes from, again, the artful vegan. mixed mushroom ceviche and oyster mushroom po' boys. both were amazing. i can't say that i've ever had traditional ceviche but this version with shitake, white and oyster mushrooms was perfectly tangy with a little creaminess thanks to the diced avocado. it was a nice, fresh side dish to accompany the po' boys. now that i think of it, i don't believe i have ever had a po' boy either, but i can't imagine that the real thing is any better than what we made. i picked up a couple of deli rolls from acme and we toasted them before topping them with prefectly crispy breaded and fried oyster mushrooms, a vegan remoulade (that was awesome!) and some shredded romaine lettuce with red onion and thin tomato slices. 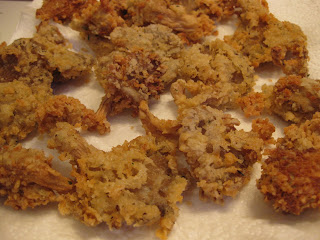 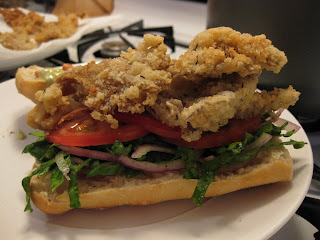 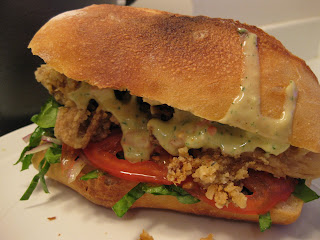 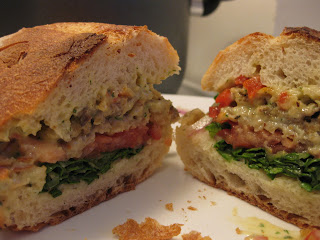 recipes please!!! this looks way too delicious NOT to make it :)